Laidlaw’s Harley-Davidson’s winning entry, the super-tasty “FXGTS Coast Glide,” takes its own base from a Harley-Davidson Sport Glide but builds extensively upon this platform to create a truly unique ride. The GTS is a nod to the FXRT but using a Southern California twist, laying down the influence on performance cruisers and props into the Pacific Coast Highway. Conceptually it’s full, and the layout and manufacturing reach well beyond the concept phase. This is no display queen, but a fully functioning ripper with a strong character.

The “FXGTS” stands for the different components which constitute the entire: “FX” for the dual-disc brake front end with mid-controls, “GT” for Grand Touring, and “S” for the Sport Glide version the store started with.

Battle of the Kings is the world’s largest dealer custom build-off contest, showcasing the very best in emphasizing the lotion of the imagination of Custom Kings located at any Harley-Davidson dealership around Earth and customizing chops. In 2018, the Custom King crown was taken by first-time entrants Harley-Davidson Bangkok with its Street Bob-based “The Prince.”

For the 2019 contest, any version in the Harley-Davidson scope could be selected as a foundation for the build (no Trike or CVO models though, sorry), which created far more bike options than previously to choose to get a title contender. There were a few ground rules: Traders had to choose from three classes –Dirt, Chop, and Race–for their build. Beyond that, the regs for the build were straightforward: 50 percent of the parts used had to be accessories, and the personalization budget was a max of 50 percent of the donor bike retail price.

By partnering up with colleges to inspire another generation of custom builders, the US dealers added an extra layer to their competition.

“Huge congratulations to all (over) 300 entries, both the regional winners and finalists–and especially to our 2019 champions, Laidlaw’s Harley-Davidson. A really stunning construct –and a worthy winner,” explained Steve Lambert, international marketing director, Harley-Davidson.

The Gremlin Garage is a Veteran owned and operated business. We service everything from Harley Davidsons to ATVs and Side by Sides. We strive to achieve customer satisfaction and take great pride in our work. We treat every vehicle that comes through our doors with the highest level of care and respect, and we look forward to having the opportunity to earn your loyal business.

Motorcycle
Posted on August 24, 2020 by pncadmin 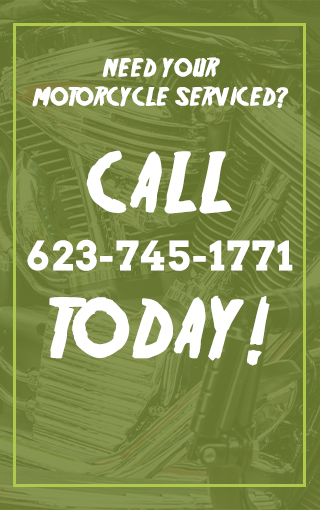